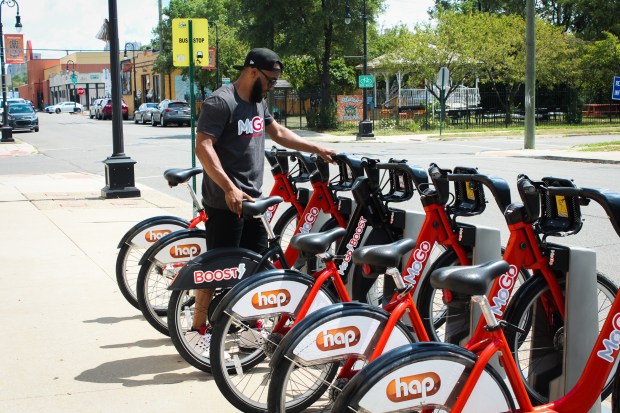 This announcement comes on the heels of the system’s first major expansion since the service launched in May 2017, resulting in a 70 percent increase in the system’s footprint and extension into five new neighboring cities.

The e-bikes have proven to be extremely popular with riders, accounting for more than 30 percent of overall trips, even though they make up less than 10 percent of the fleet.

Last month, the MoGo program expanded its service footprint, adding 31 stations and 140 bikes to its fleet, for a total of 75 stations and 620 bikes.

The service also expanded into new parts of the city, including the Livernois and McNichols neighborhood, as well as the cities of Ferndale, Royal Oak, Oak Park, Berkley, and Huntington Woods.

The expansion has already paid significant dividends, sparking a 26 percent trip increase year-over-year for the month of June.

In addition, through the first six months of 2020, MoGo usage is up 28 percent year-over-year.