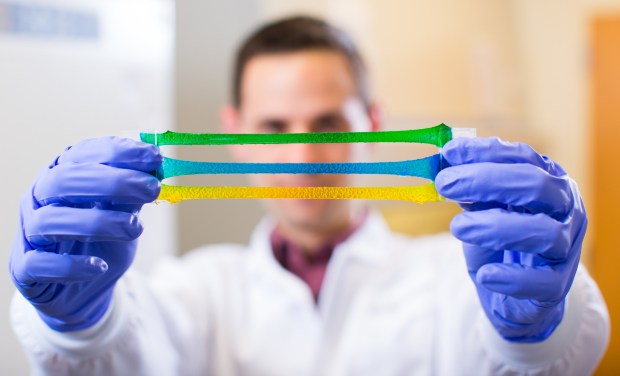 The Wyss Institute for Biologically Inspired Engineering at Harvard University announced today that its tough gel adhesive technology has been licensed by Amend Surgical, a Florida-based medical device company focused on developing and manufacturing novel biomaterials.

Through a licensing agreement coordinated by Harvard’s Office of Technology Development (OTD), Amend Surgical has been granted exclusive rights to initiate development of the technology for applications within the field of oral surgery.

The company aims to redefine the current standard of care, which today often requires painful and irritating sutures to be placed by the clinician in the tight, difficult-to-access oral cavity.

The technology, created in the lab of Wyss Core Faculty member David Mooney, Ph.D. and developed by Postdoctoral Fellow Benjamin Freedman, Ph.D. and former Postdoctoral fellow Jianyu Li, Ph.D., is a biocompatible hydrogel-based material that strongly binds to biological tissues, even in difficult, wet environments such as the oral cavity.

After conducting initial validation and optimization of the tough adhesive, Amend Surgical plans to explore its use in products that release drugs or other active agents during wound closure, and patches that promote dentin restoration. 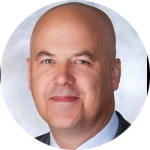 Robby Lane, Co-Founder and Chief Executive Officer of Amend Surgical, expressed enthusiasm. “Both our engineering and clinical teams were involved in the evaluation of this important technology, and we are eager to begin commercialization.

We envision that the tough adhesive could provide clinicians both a wound barrier and an effective means to protect bone grafts in a single, easy-to-apply product, and could potentially eliminate the need for sutures used in conjunction with most dental barriers,” Lane said.

The company intends to ultimately manufacture the tough adhesive at its facility in Alachua, Florida, where it already employs a complementary manufacturing process.

Lane first learned about the tough gel adhesive during a meeting with Erika Bechtold, Ph.D., Director of Technology Commercialization at Harvard OTD, when they met at an industry conference in 2019.

It was evident the technology would complement Amend Surgical’s biomaterials portfolio, and discussions and site visits soon followed, culminating in the license agreement spearheaded by OTD.

“We knew that the tough gel adhesive had enormous potential in a variety of internal and external wound closure applications, and the license with Amend Surgical in the oral surgery space is a great first application to leverage all of the unique advantages and features of this technology, beyond even its ability to bind to wet surfaces.

It shows great promise for development into a range of possible products that would benefit both patients and their physicians,” said Bechtold.

First described in Science in 2017, the tough gel adhesive maintains its binding strength for multiple weeks after application, even over tens of thousands of cycles of repeated motion.

It can also be engineered to include therapeutics such as antimicrobial molecules and/or contract in response to body heat, thus helping to prevent infection and close wounds faster.

It is fully biocompatible and non-toxic, and much easier to apply to a wound than traditional closure methods.