Turntide’s Smart Motor System, a hyper-efficient motor controlled precisely by sensors and software that optimizes every watt, has the potential to reduce global electricity consumption by 25%.

Motors are inside every machine with moving parts, and they consume more than half the world’s electricity.

Electric motors are quietly one of the world’s most significant contributors to climate change. Today’s dominant architecture of electric motors is the AC induction motor, patented in 1888. While elegantly designed for the mechanical age, it lacks intelligence and wastes energy. Until Turntide’s design breakthroughs, higher efficiency motor designs required permanent magnets, which are environmentally destructive to source and mine.

At the heart of the Turntide Smart Motor System is a switched reluctance motor (SRM), whose basic design has been applied for decades in zero-fault tolerant environments like nuclear power plants. Precise controls run the Smart Motor System at optimal speed at all times, requiring the least possible energy to deliver the precise amount of power that is needed. 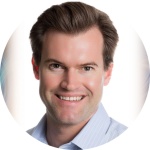 “Turntide seeks to impact climate change, at scale,” said Ryan Morris, Turntide Chairman and CEO. “Turntide has a technology platform that offers every business the opportunity to lower its carbon footprint with the Smart Motor System.”

Turntide has adopted the new name to better acknowledge its mission of eliminating energy waste from society, so every watt is worthwhile for humanity.

Carbon emissions, notwithstanding a brief pause due to coronavirus shutdowns, are accelerating. Turning the tide on carbon emissions growth requires a massive improvement in energy efficiency to complement renewable generation.