PALM BEACH, FLORIDA – The search for vaccines and treatments for the global health crises is now focusing on medicines that are presently approved for other ailments.

A recent article in the LA Times discussed this issue saying that when a pandemic springs up as fast as the one sparked by the novel coronavirus, doctors must rummage around in their medicine cabinets for drugs that are already available and might be repurposed to treat a wholly new disease.

Treating patients with mild or moderate COVID-19 is essentially a preventive mission: The principal aim is to stop the disease from progressing to a severe stage that would typically require mechanical ventilation.

But it’s hard to slow or disrupt the progress of an infection when you have only begun to see how it unfolds. And it’s inherently difficult to prove that a particular medicine has prevented severe illness or death when neither was never a sure bet in the first place.

Given the lack of other good options, doctors are forced to try these medicines anyway. 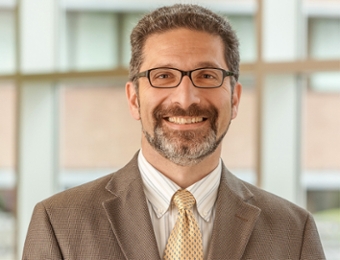 “Among the best known are several antiviral medications — remdesivir, lopinavir and ritonavir — that were developed to treat Ebola and AIDS. All of those medications are the focus of a U.S.-sponsored international trial with as many as 60 sites,” said one of its principal investigators, Dr. Andre Kalil of the University of Nebraska Medical Center.

“It could begin producing preliminary results in the coming weeks.”

The World Health Organization has called remdesivir, which was developed (but failed) to treat Ebola, the “most promising” antiviral to treat COVID-19. It was widely used on patients in China, and the results of clinical trials conducted there are also expected in the coming weeks.

Gilead Sciences Inc., which makes remdesivir, is also sponsoring a major trial of its drug at 93 sites, including 18 in California… (the) drugs chloroquine and hydroxychloroquine, used to treat malaria, rheumatoid arthritis and the autoimmune disease lupus, (are being discussed) as a potential “game changer.”

And they, too, are being tested as a treatment for moderate COVID-19 cases in two U.S. trials and many more around the world.”

The article concluded: “There’s also a passel of less celebrated drugs and therapies that are being tested in the United States and abroad. Some seem like a shot in the dark. Some are dangerous. And a few are truly promising.