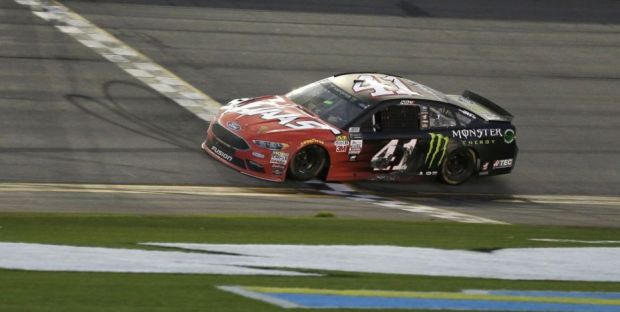 Ford (F) couldn’t have written a better script for the Daytona 500.

In a major coup for the automaker, Ford struck a deal last year to power Stewart-Haas Racing, a partner of General Motors’ (GM) Chevrolet at the time. The new partnership made its debut at Sunday’s Great American Race, and right on cue, Stewart-Haas driver Kurt Busch won his first career Daytona 500 in a Ford Fusion.

Ford has made its performance on the track a top priority, betting that racing success can bolster the company’s sales. Behind the new Ford GT, the Blue Oval earned victories in the 24 Hours of Le Mans and the Rolex 24 at Daytona, two renowned endurance races. NASCAR, where Ford has lagged behind Chevrolet, is the next target. 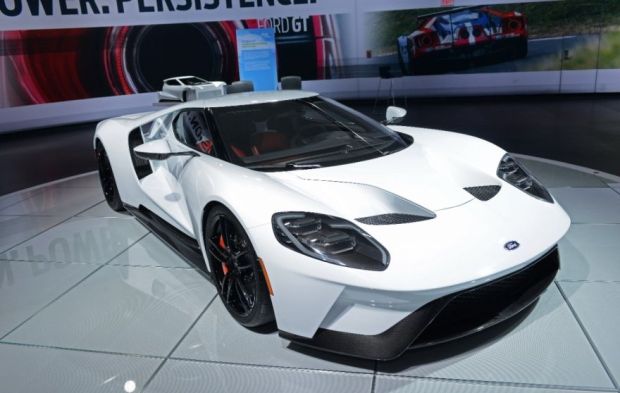 Victory lane at the Daytona 500 was a nice start.

“You couldn’t have planned it better for a first race for Ford and Stewart-Haas,” Raj Nair, Ford’s head of global product development and chief technical officer, told FOX Business. “Our performance on the track is very important. This is not a sponsorship. It’s very much a reflection of our engineering capability, and vehicle purchases can be a network—people will consult other people who know a lot about cars, and a lot of those people are NASCAR fans.”

That’s why NASCAR’s season opener is an important event for Ford, Chevrolet and Toyota (TM), the three makes competing in the Monster Energy NASCAR Cup Series. Nair estimated that 10,000 people in Daytona signed up with Ford to receive information on new models.

He acknowledged that NASCAR’s old adage, “Win on Sunday, Sell on Monday,” likely isn’t as strong as it was in the early days of the sport. But it still can deliver a sales boost.

“In terms of how people are influenced by how we perform on the track, I think it does have an impact,” he added. “Very few industries can claim that they have a sport that revolves around their product.”

Ford has invested in expanding its racing program, coinciding with the launch of performance vehicles like the Ford Mustang Shelby GT350 and F-150 Raptor. The Dearborn, Mich.-based automaker is bringing more product development to NASCAR to improve its performance on the track. Ford also continues to expand its technical center in the NASCAR hotbed of Charlotte.

Still, the key was convincing Stewart-Haas to make the switch. Ford was outnumbered on the track by Chevrolet and Toyota. Nair recalled hearing “through the garage” that Stewart-Haas would be willing to talk, and after private meetings, the two sides appeared to be the right match. With Stewart-Haas in the fold, Ford now has a total of 13 entries in a 40-car field.

The team fields four cars in the Cup series with Busch, Kevin Harvick, Clint Bowyer and Danica Patrick behind the wheel.

“The sky’s the limit,” Busch told reporters following Sunday’s race. “To win in our first race with Ford, those guys, they have some passion. It matches our passion at SHR.”

Ford has certainly had its share of success in NASCAR, thanks to Ford drivers like 2015 Daytona 500 winner Joey Logano of Team Penske. But overall titles have been elusive. Ford last won the manufacturer’s title in 2002, and its last driver to win a championship was Busch in 2004.

Ford hopes to flip the script this season.

“It’s important for us as a manufacturer” to earn the season title, Nair said. “We’re also aiming for the driver’s championship. We love to see that battle with our colleagues at Chevy and Toyota. We enjoy that rivalry and seeing the fans take notice.”